News and events from the Pediatric Clinical Research Center Romeo and Enrica Invernizzi.

For the third consecutive year, we were present at the Meet Me Tonight 2019!

This year in Human City the Health League superheroes found themselves wrapped in replicating DNA strands.

Our superheroes were helped by two guest stars: James Watson and Francis Crick who led us to discover the double helix of DNA and dividing cells.

Here are some photos of the event. 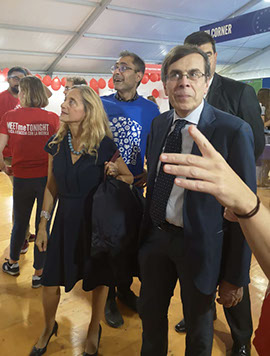 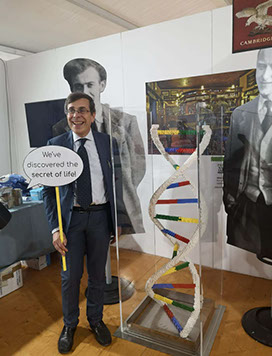 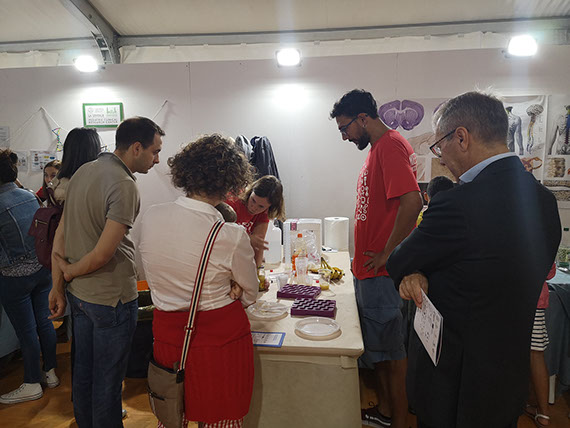 STATE, BUZZI AND FRIENDS OF DECAN ALL TOGETHER TO HELP CHILDREN IN KOSOVO

Gian Vincenzo Zuccotti, dean of the Faculty of Medicine and Surgery of the University of Milan and director of the Department of Pediatrics of the "Vittore Buzzi" Children's Hospital in Milan tells us about the "mission" of a week, which ended on 3 November 2018 , of DOCs for KiM in Kosovo and Metohija, solidarity project conducted in collaboration with the association Amici di Dečani in the territory battered by the war of 1999.

"During the mission we met 300 children, 200 who needed specialist visits and a hundred with a general screening at the schools, checking their development and health, just to make a reliable statistic, sufficient to understand the problems and needs "..

"Emergencies very often range from neurology, ophthalmology, in-depth control, dentistry and even type 1 diabetes mellitus, a common disease among young patients, we have also identified seven really serious emergencies and we will try to give a concrete answer to the need for first and second level care of these families ".

The Docs for KiM project is strongly supported and supported by the writer, journalist and essayist Paolo Rumiz, president of the Amici di Dečani association and involves a team of doctors and postgraduates, led by Professor Zuccotti, including Marco Sala, head of Pediatrics at the Hospital of Tradate, and, for the "Vittore Buzzi" Children's Hospital of Milan Dario Dilillo, UOS manager of the Pediatric Clinic and coordinator of the DOCs for KiM project, Sara Olivotto, child neuropsychiatrist, Fabio Meneghin, neonatologist, Ivanka Zdravković Dardi, ophthalmologist, Alessandra Bosetti and Erica Pendezza, dietary clinicians, and Lucia Barcellini, Stefania Del Sesto, Giulia Franchino and Laura Paradiso , specializing in Pediatrics, without forgetting interpreters and cultural mediators Marko Dardi, Sandra Djurović, Jasmina Andonović and Sava Ognjenović.

"The mission was a wonderful experience, well beyond any rosy expectation", these are the words of Dr. Dario Dilillo, coordinator of the DOCs for KiM project, but it is Alessandra Bosetti, clinical dietitian, to reiterate that "the care of small patients and their families pass not only from medical interventions but also from human warmth.

"The Friends of Childhood Foundation Onlus for the year 2019 among the various projects in the pipeline raises funds for children in Kosovo, so that the mission will continue in the future.